We are award winning filmmakers and photographers with a passion for storytelling. We do it well and we want to tell yours. We believe in communicating the uniqueness of what you do in a way that is meaningful to your audience.

Having worked with a large and diverse array of agencies and clients for several years we use our craft, experience and production skills to find solutions to any communications or marketing brief.

Our values at Flick are flexibility, integrity and creativity and these underline our approach to everything we do. 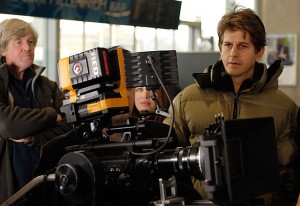 Chris has over 12 years experience as an international commercials director. He has worked with the major advertising agencies, such as Saatchi and Saatchi, Leo Burnett, Young and Rubicam, Ogilvy and Mather and such clients as Coca-Cola, Wrigleys and Nestle. He has won the Miramax Script Writing Award and several Awards for his short films and corporate videos. His recent film ‘Transit’ picked up 4 Best Film Awards over the summer.   He has also written and directed over 30 films for the Telegraph Newspaper and Wall Street Journal’s Business Club websites.

Chris is also a photographer who has published fine art books, exhibited at the Royal Geographical Society and won many awards for his images.  Chris also loves telling jokes, but a word of warning – they’re not likely to win any awards ever. 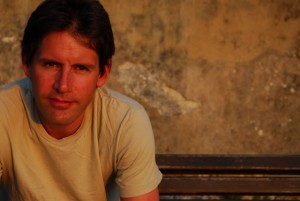 Adam has been making films for the last 25 years, his most recent production won the Award for Best Short Film at this year’s London Independent Film Festival. He began his career as a lawyer before founding Flick with Chris Roche. Adam has written, directed and shot over 35 films for the Telegraph Newspaper’s Business Club website.  Adam loves the technical side of film making as much as the creative. He’s always trying out new camera equipment, lenses and software, which gives him a talent for raising the bar in quality whilst lowering it in budget for all the films he makes. Just be careful you don’t get stuck on the phone asking him a technical question – he loves to talk.

We have a crew of freelancers with whom we regularly collaborate whenever a brief requires in the fields of CGI, lighting, grip, art department, stylist, music, copywriting.  Together we form a team where creativity and technical ability meet to produce engaging films with exceptional production values at competitive rates.